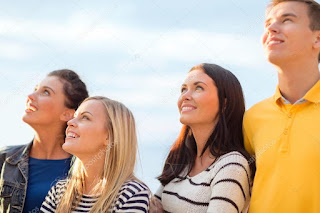 The Word became flesh and made his dwelling among us. We have seen his glory, the glory of the one and only Son, who came from the Father, full of grace and truth.
(John 1:14)

It happened the most impressive, surprising and almost impossible to imagine. The WORD, through which God made all things became a person of flesh and blood, Jesus of Nazareth.

Unimaginable, God did what was impossible for men. We could not go to him, so he made the opposite way, came to us.

Those who saw him, left everything documented in the Gospels: we "have seen his glory!"

May God open our eyes to see all that he wants to show us and to reveal to us in the person of Jesus Christ. And so, also see his glory.