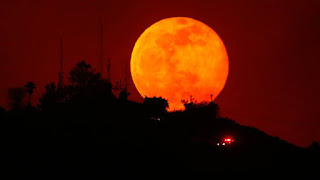 The true light that gives light to everyone was coming into the world. He was in the world, and though the world was made through him, the world did not recognize him.
(John 1:9-10 NIV)

What is clear and loud to faith is not so elemental to the intelligence, often permeated by doubt.

The Verb, the Word, the True Light became flesh and became one of us.

Despite this, no priest, doctor of law or journalist knew what was happening.

God always reveals Himself. And for whom?

To the unpretentious heart. To whom which, without prejudice, searches for who He is, to whom endeavors himself to meet him, like the foreign magicians.
It doesn't matter if they were foreigners! They endeavored to seek and they found Him!

God reveals himself to the humble, to those who faced the cold nights, in the open, in one of the most despised professions, to the shepherds.

He reveals himself to the insignificant, to the sinner, to the fallen, to the sunken in vice, to the humble, who, one day, will be exalted by Himself (Mt 23.12).

And therefore, the words of Jesus impact and give hope:
Blessed are the poor in spirit [humble], for theirs is the kingdom of heaven. (Mt 5: 3).